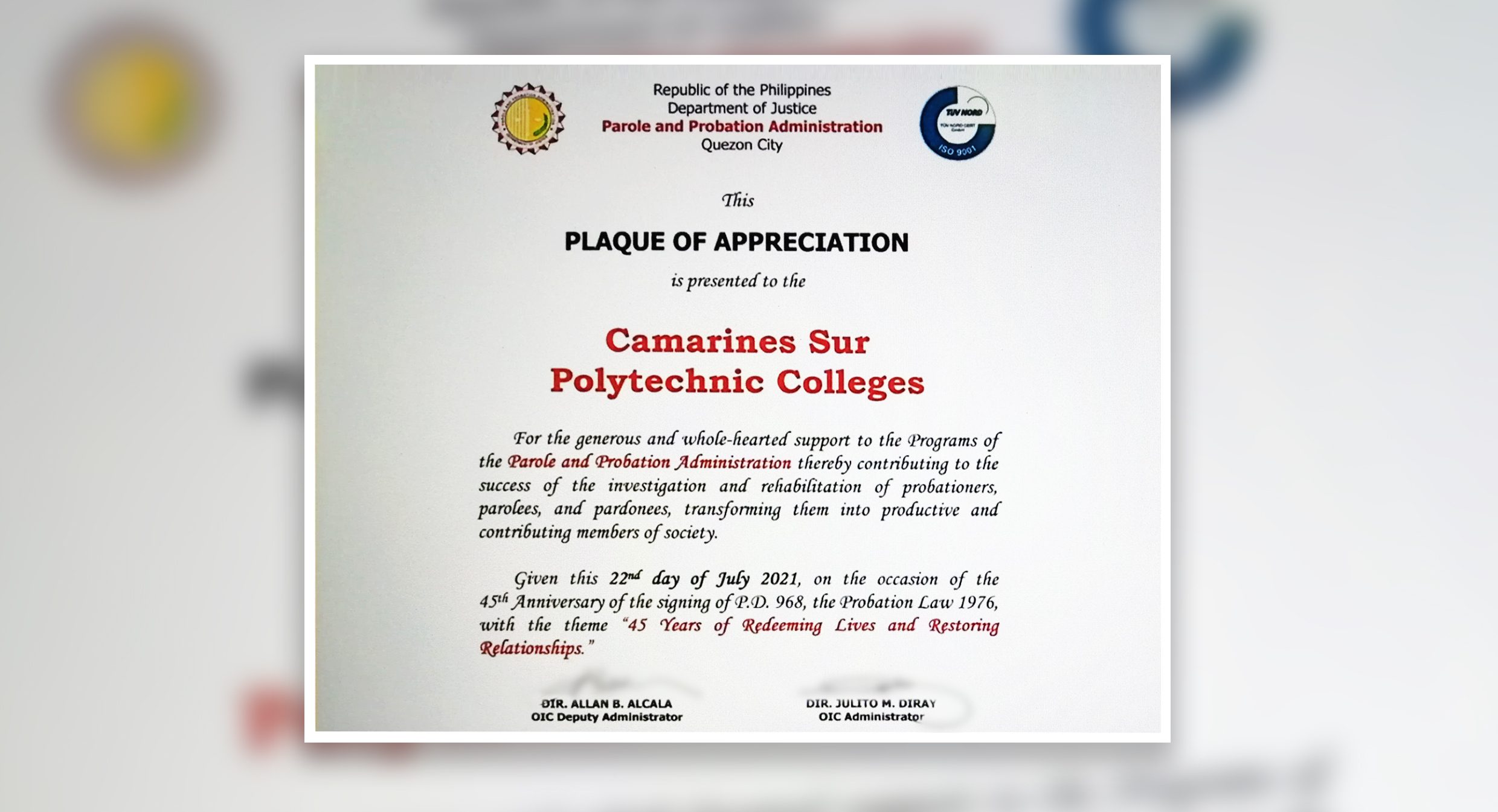 The Parole and Probation Administration (PPA), an attached agency of the Department of Justice, recognized Camarines Sur Polytechnic Colleges (CSPC) as Best Community Partner during the former’s celebration of its 45th Anniversary held on July 22, 2021 at Quezon City.

The recognition was given to the College, through the Extension Services Office, for its “generous and wholehearted support” to PPA and its program of rehabilitating probationers, parolees, and pardonees.

President Charlito P. Cadag received the award in a virtual ceremony. He was joined by Vice-President Teresita B. Salazar of the Research, Extension, Production, and Entrepreneurial Development Cluster and Director Charles V. Bolival of the Extension Services alongside his staff and coordinators.

The undertaking was also attended by various institutions and agencies from all over the Philippines. CSPC was the lone recipient of the said honor from Bicol Region.

With the theme “45 Years of Redeeming Lives and Restoring Relationships,” the celebration commemorates the signing of Presidential Decree 968, otherwise known as the Probation Law of 1976. It created the agency, then the Probation Administration, to manage the probation system of the country.

On April 14, 2021, CSPC formally partnered with PPA Region V (PPARV) to mainstream gender and development in the latter through the establishment of a Center for Gender and Development.